Do electric cars have gears? are they manual or automatic? explaining all you need to know 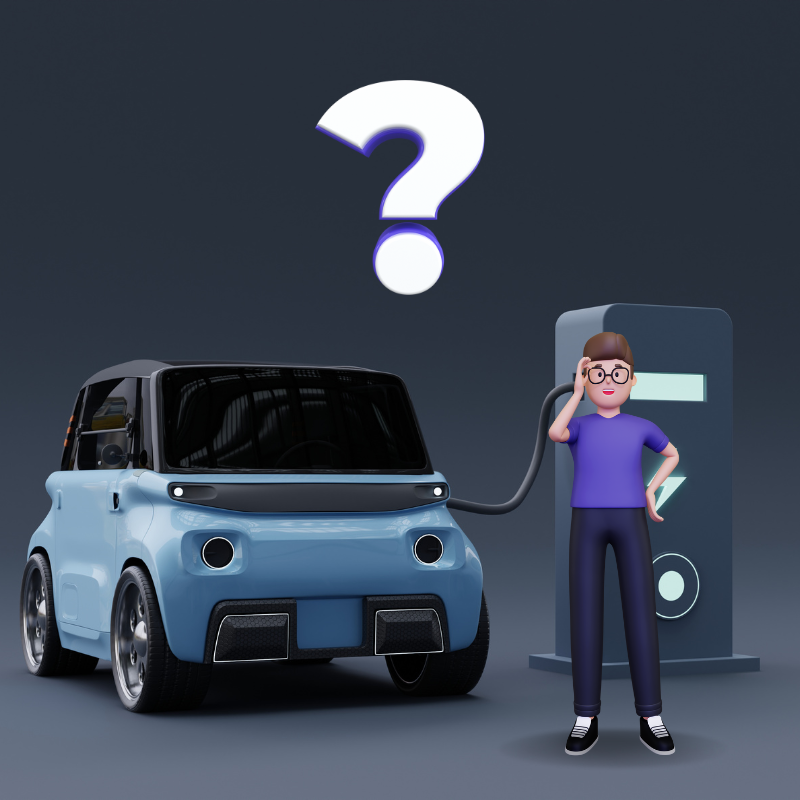 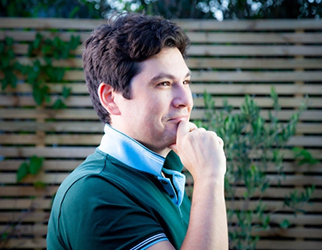 Less than 2% of the automobiles on UK roads are electric at present. By 2040, the UK intends to ban all new fossil fuel-powered cars. Thus, this number is expected to skyrocket. As a result, what does this imply for the rest of society?

It signifies that electric cars are the way of the future and will most likely become the norm in the next 50 years. Even though electric vehicles have gears and batteries, you may not know how they work at this point. Many similarities exist between electric and conventional cars. However, the powertrains are unique, and there are no gears in an electric car. Because they do not require a clutch, they only have one gear. Electric cars deliver power instantly, eliminating the need for revving.

In this article, we have compiled all the information about electric cars to address all of your questions concerning them.

Are electric cars automatic or manual

The majority of electric cars are and will be automatic in the future due to the way the powertrain works compared to a petrol or diesel vehicle. Installing a clutch and gears may not be a good idea in an EV. Some electric cars will use a reduction gear and differential to manage power, making them neither manual nor automatic but simply geared. Most production EVs, such as the Honda E and Audi e-Tron, have this configuration.

Companies have been attempting to create electric vehicles with five- or six-speed multiple gearboxes to retain some sense of normalcy for UK drivers accustomed to manual driving.

Not only do electric automobiles lack a clutch and multiple gears, but they also have a unique braking mechanism. Regenerative brakes are employed, which transform the energy generated by your vehicle's brakes into energy that the battery can utilize.

Find your next car

Why do electric cars only have one gear?

Electric vehicles do not require more than one gear. The only thing an electric automobile requires is a forward and reverse selector similar to what you'd find in an automatic; there won't be any gearboxes that function at different speeds. You only need to know how to drive, reverse, and shift into neutral.

Normal petrol and diesel cars require a multi-gear transmission since their engines aren't powerful enough to create usable torque and power at low engine speeds. However, in electric cars, maximal torque is available practically instantly from zero revs. Electrics can attain a top speed in a single gear and don't require much assistance.

When you first start an electric car, it's as smooth a ride as you’ll ever experience. There are no jolts from shifting gears, just constant forward propulsion. An electric engine can achieve the same speed as a combustion engine with just one gear! The best aspect is that you don't need a deep understanding of electric motors to understand how an electric automobile functions.

Two-speed gearboxes are also becoming more common, especially in electric vehicles with high top speeds. A two-speed gearbox was pioneered by Porsche in the Taycan, with the first gear utilized only for rapid acceleration and the second gear used for everything else. Smaller electric cars may have a two-speed gearbox to better balance power and range.

Traditional gearboxes can also be used in some EVs. Rimac C Two has two different transmissions for each rear wheel and a single gearbox for the front wheels. However, as a 258 mph EV supercar, it's unlikely to be your first pick if you're seeking to go electric for the first time.

Are there any manual electric cars?

No. Electric motors do not have the same power band constraints as internal combustion engines; therefore, they only require one gear. This means that developing an H-pattern shifter for an electric vehicle is unlikely.

On the other hand, H-shifters are part of what makes driving enjoyable. Manufacturers have attempted to install manual gearboxes in EVs in the past for this reason. The Tesla Roadster's prototype had a two-speed manual transmission, subsequently replaced with a single-speed transmission.

Ford also built an all-electric Mustang prototype with a six-speed manual transmission for the 2019 Specialty Equipment Market Association (SEMA) trade exhibition. Still, it is unlikely ever to see the road.

What are the benefits of having just a single gear? 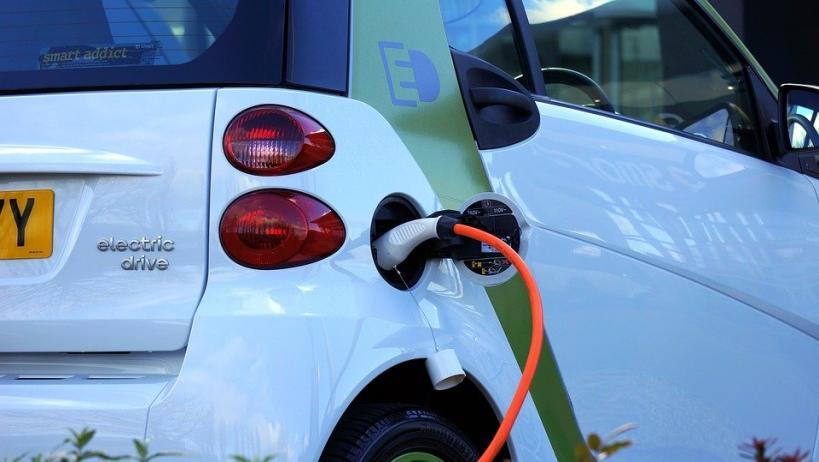 The advantages of using only one gear run by the electric motor are affordability and simplicity from a manufacturing standpoint. Installing a multi-gear driveline system immediately adds expense and complexity, raising the car's price.

Given that electric cars are often more expensive than their diesel and gasoline counterparts, manufacturers are unlikely to add unnecessarily to the price. This is especially true since the single-gear system is already ideal for most electric automobiles, delivering performance comparable to or better than conventional powertrains. 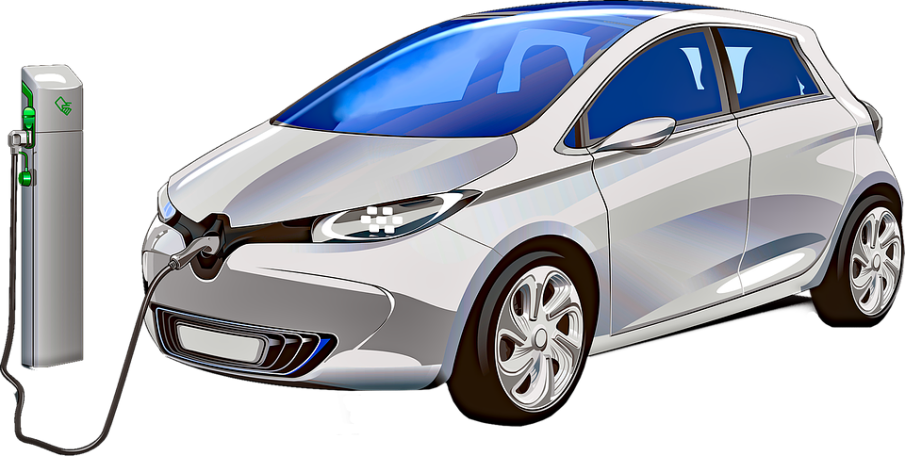 An automated electric car has many benefits. The clean, minimalist design reduces repair and maintenance expenses and makes driving easier by limiting distractions.

Electric automobiles deliver power instantly since they do not rely on internal combustion (burning fuel) to move.

When accelerating, a petrol or diesel car loses a lot of power due to heat generated by the numerous mechanical components.

This becomes obvious when comparing electric and gas versions of the same vehicle, such as the Mercedes B-Class. The B-Class all-electric accelerates from 0-60mph in 6.5 seconds, while the 2.0-litre petrol counterpart takes 7.1 seconds.

In an electric car, you don't need to change gears or use a clutch like in a regular car. This instantly makes driving more convenient, especially since you won't have to remember to change down at the junction to avoid stalling. An EV cannot be stalled, which is an added bonus.

With electric car leasing, you have optimal driving ease with standard charging equipment to charge at home.

The way an electric automobile determines power output and revs isn’t for everyone, and there are drawbacks to consider before making the switch.

Some drivers may struggle to get used to electric cars or may simply not like them.

Some argue that not being able to gear shift and clutch with coordination and feel deprives the driver of an enjoyable driving experience. It may not be easy to get used to the automatic transmission, especially if you're used to having more control over a car.

Many drivers complain about the lack of ‘oomph’ when driving an EV at greater speeds. Unlike a regular car, where higher gears enable greater torque at speeds beyond 80mph, an EV’s power decreases at this point.

That doesn’t mean you can’t go fast in an electric car; most have a top speed of at least 95mph. You won’t notice the motor working hard to pull you along when you get to this position.

While electric automobiles have higher revs than conventional cars, there is no roaring sound to indicate this when you accelerate.

The ICE process combined with the exhaust system in a conventional car produces this revving sound when you press the accelerator.

On the other hand, an EV doesn't need to consume any fuel when it’s not driving. The electric motor turns and begins transmitting power to the wheels with minimal noise by pressing the accelerator.

Could electric cars be manual?

Manual transmission with a clutch pedal and gear knob can be used with electric cars. Instead of an ICE, the electric motor would drive to a clutch, which would rotate a layshaft to choose gears, before sending power to the rear differential, which would drive the wheels.

Renault's Formula E racing cars now have a manual gearbox, with cables and rods instead of pumps and air tanks, allowing the vehicle to shift between different gears. However, while this works for high-performance EVs in professional sport, giving your normal mass-produced electric car manual gearing may not be a great idea. This is because most of them can work perfectly in the single gear they're given, and adding a gearbox would raise the cost of production and the vehicle's weight, resulting in a higher asking price and lower efficiency.

Can you drive an electric car on an automatic licence?

You need either an automatic or manual licence to drive an electric car. Driving a vehicle that weighs more than 3.5 tonnes requires an additional five hours of instruction; this training is not included in the basic licence.

A growing number of driving instructors are now using electric cars like the Nissan Leaf to save money on fuel expenditures, but you'll only be able to drive automatic cars if you pass your test in an EV.

Is an electric car easier to maintain?

An electric vehicle's top speed can be reached in a single gear, which engineers select to provide the optimal balance of low and high-speed performance. Most are capable of accelerating faster in town than a sedan and easily exceeding the speed limit on the highway. EVs are significantly easier to manufacture and maintain with this setup. Installing a multi-gear driveline system would immediately increase the cost, raising the car's price.

Various proposals have been shown for road cars that suggest low-cost twin-speed gearboxes could be employed in some future electric models. This will allow smaller, less powerful, and cheaper electric motors to be installed and the range to be improved without compromising performance.

Do hybrid cars have gearboxes? 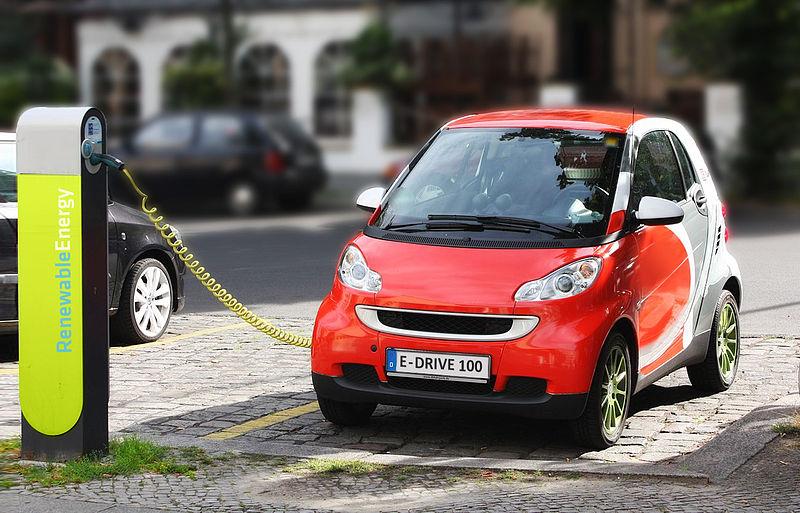 Mild hybrids and plug-in hybrids (PHEVs) combine an electric motor with a gasoline or diesel engine. Most new hybrid cars have an automatic style change, so you won't have to get used to anything complicated to drive one. Underneath the surface, however, the systems are extremely different.

For example, the now-discontinued BMW i8 sports car employs a BMW two-gear transmission. In contrast, Toyota's hybrids use a more standard CVT transmission, which uses a belt moving between two cones to ensure optimal engine speed for either economy or performance.

Electric and hybrid vehicles (EVs and hybrids) are expected to improve efficiency as more people choose to buy them, especially as the deadline for new petrol and diesel car sales in 2030 approaches. These aren't likely to make the driver's life any more difficult.

Electric cars are leading the way, whether lower emissions, faster acceleration, and ultimate ease of navigation. There is a significantly wider RPM range for electric motors than for normal internal combustion engines. Unlike a petrol/diesel engine, an electric motor produces its best power output throughout a wide range of RPMs. They're more advanced, more affordable, and closer to providing a solution to the 2030 petrol and diesel fuel prohibition than we had previously anticipated.

The fact that most electric cars are single-speed does not seem to be a problem. Not according to us. Not only does this reduce the price, but it also increases the likelihood of success. However, as EVs become more popular for long-distance travel, manufacturers expect to incorporate at least two gear ratios like Tesla and Porsche for more efficient high-speed driving. 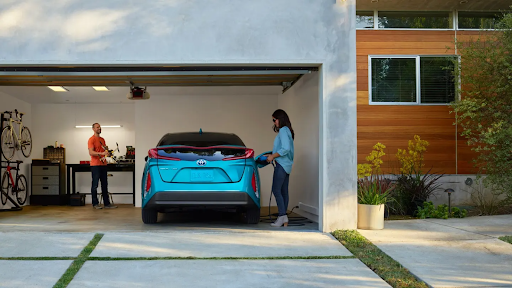 How to charge your electric car at home: Explaining everything 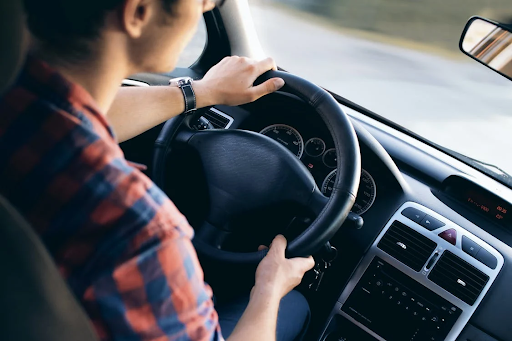 How to refinance a PCP balloon payment on a car? 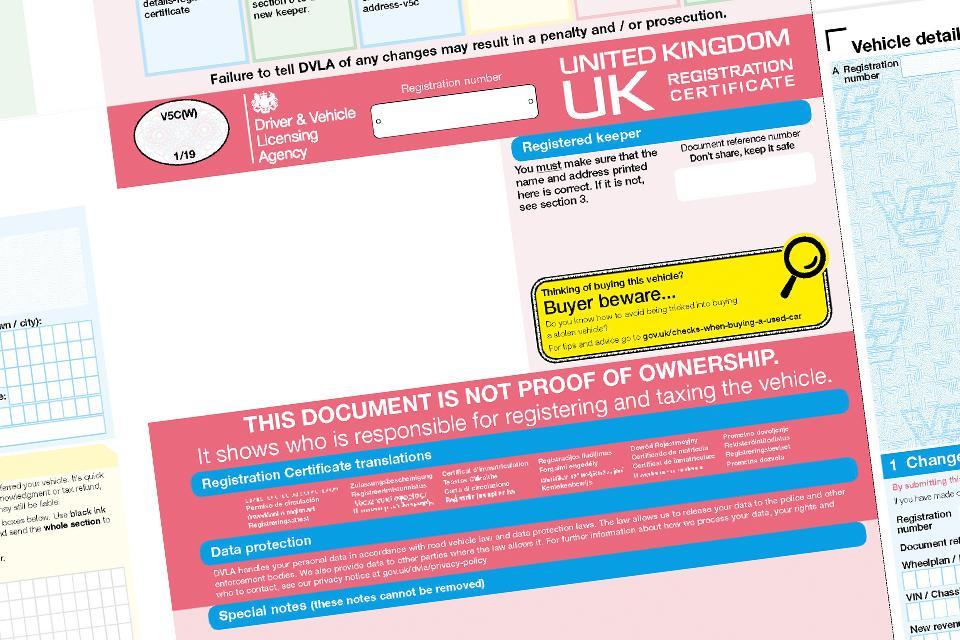 Can you sell a car without a log book (V5)? All questions answered 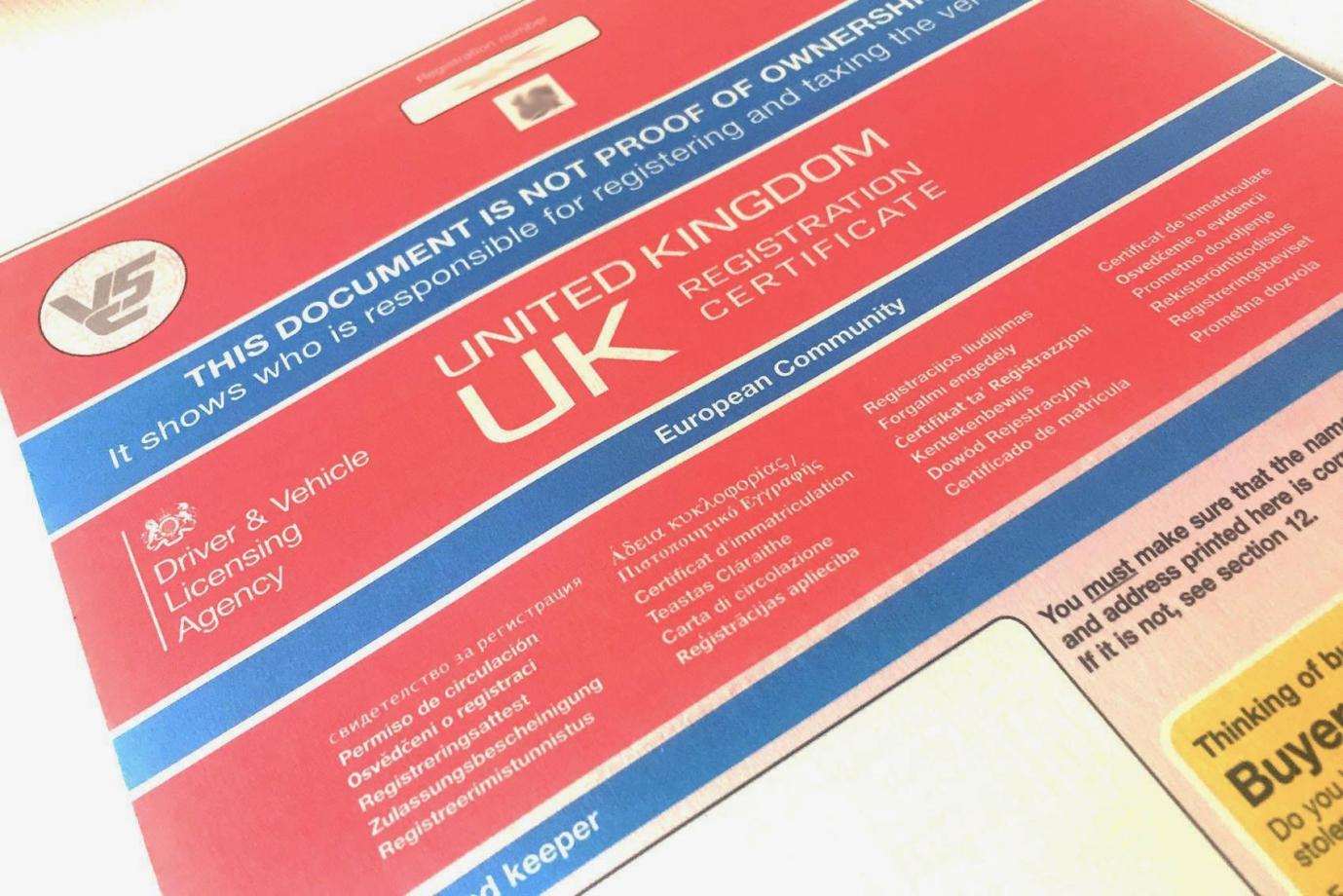 What is vehicle log book: Complete guide to V5C for experienced and new drivers

Do all-electric cars have gears?

Can you get a manual electric car?

Do electric cars have reverse gear?

Does an electric car have horsepower?

Can you drive an electric car on an automatic licence?

We compare car finance deals for you