Calculator
Eligibility
About
Magazine
Get a quote
Menu

How to get out of your car finance agreement: comprehensive guide 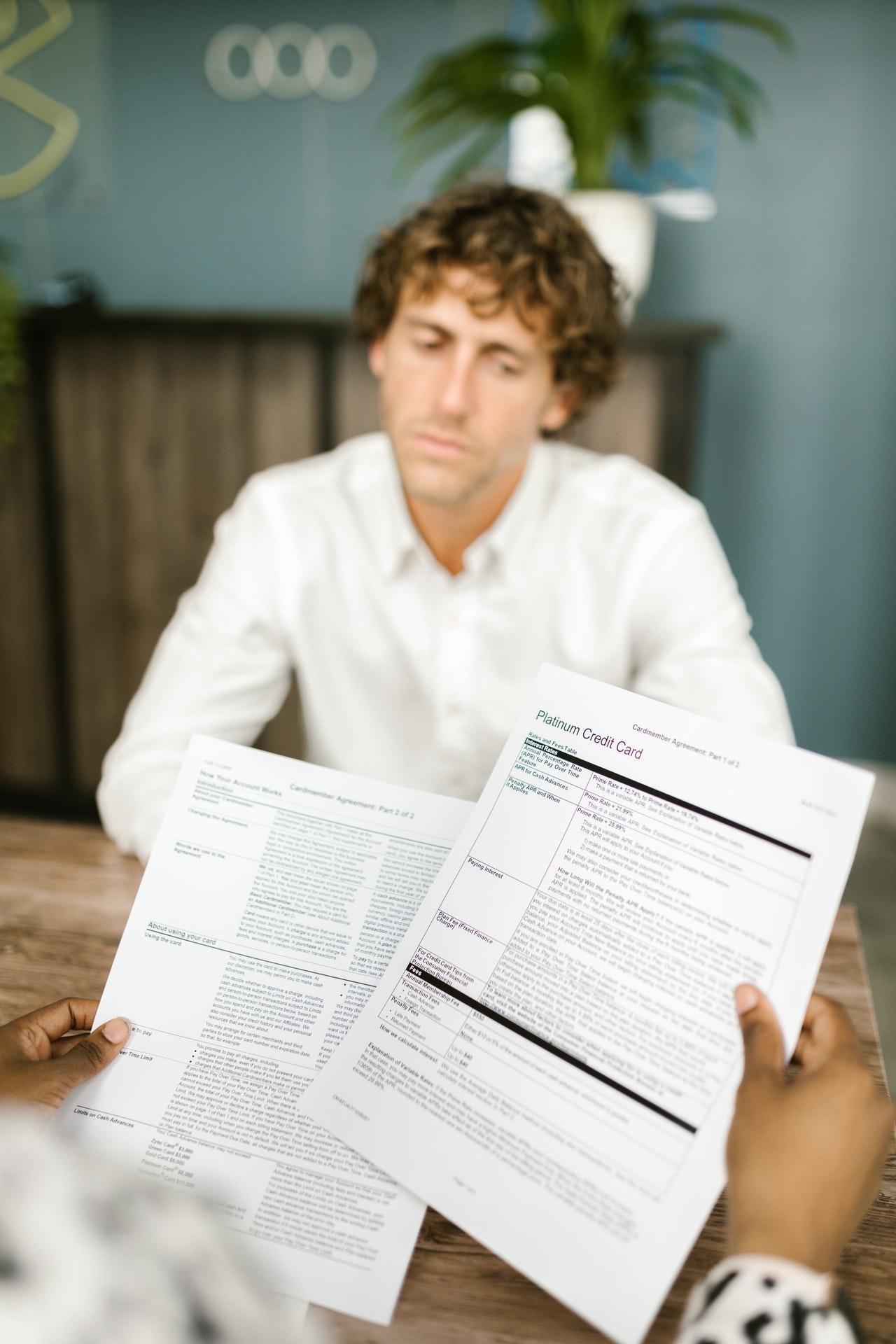 Many factors can affect your personal finance and change your plans. If you need to lessen your financial burden, one thing you can do is terminate a vehicle finance agreement.

Using the Consumer Credit Act 1974 and by coordinating with your car finance broker or firm, you’ll be able to determine solutions and settle arrangements to protect yourself. If you’re no longer able to pay for the monthly requirements, there are a few ways out.

There are several explanations why you might want to remove your car from a contract. Some of the most common reasons to cut the finance from your lender include:

Whatever your reason may be, your ability to get out early from an existing agreement depends on the type of finance plan you took from a lender. To navigate this situation, you must know the different rules for personal contract and hire purchases. You can also use car finance calculators to determine how much you need to repay monthly.

How to cancel an agreement for personal contract purchase finance

Personal Contract Purchase (PCP) finance is the most popular type of car contract purchase not only for brand new cars but also for used cars. PCP finance from companies attracts more consumers since PCP finance deals offer lower fixed monthly payments compared to a traditional car loan. It also gives you a choice to buy the car from the company if you make the optional final payment.

For example, you purchase a car with a full cost of £25,000. If you’re asked to pay an initial deposit of £2,000 and then £13,000 at the end of the contract, you’ll have to pay the difference between the full cost and the sum of the initial deposit and expected cost.

This means that there’s £10,000 you need to pay plus additional interests divided fairly across the number of monthly payments.

Under the PCP agreement, the car will not belong to you until you settle all payments mentioned above. Instead, it’s owned by the finance company. This is because PCP aims to provide you with low and affordable monthly payments. It usually lasts for two to five years, and you have three main options at the end:

Since every car loses value when it gets older, you’ll be in the “negative equity” for most of the duration of your car finance contract. This means you owe more than the car’s cost. Because of this, you’ll be required to give extra payments to settle the agreement even if you hand the car back to the finance company.

If you want to end and cancel your PCP early, you have two main options:

Contact the finance company and ask for a settlement figure. This is the amount you need to pay to get voluntary termination on the car finance that you agreed with your lender. This leads to two more options for you: pay and keep the car or pay and sell it.

Paying your outstanding balance on the car early is advisable if the settlement figure is less than the remaining payments.

Paying and selling the car, on the other hand, is suitable if you’re short on money. However, keep in mind that you can’t sell the car until you’ve fully paid the settlement figure because you’re still not its legal owner until then.

You can only use this option if you’ve paid at least 50% of the car cost or the total finance amount. Under the Consumer Credit Act 1974, you have the legal right to cancel the deal and return the car to the finance provider. This refers to the voluntary termination of the car we’ve mentioned before.

However, remember that you wouldn’t get anything back if you paid more than half of the car’s total finance. Additionally, returning the car is advisable if the car’s value has depreciated to the point that the total of the remaining finance payments is more than the car’s current value.

How to cancel an agreement for hire purchase finance

Hire Purchase (HP) is a type of finance that allows you to buy a car without paying the whole amount. There’s also no large final payment, unlike in PCP. The entire cost of the car is only divided into an initial deposit and a series of fixed monthly payments, typically for two to five years.. Once you’ve made the final payment, the car is legally yours.

If we are to compare HP with PCP, one difference would be the amount of monthly and final payments. However, the primary difference is that you’ll be the car’s owner at the end of an HP agreement.

But if you plan to end your HP agreement early, it’s required that you’ve paid at least 50% of the total finance amount. Since HP doesn’t imply a balloon payment or optional final payment, you can easily reach this 50% mark earlier.

However, if you cancel the HP finance early, expect some charges. This is part of the Consumer Credit Act 1974 and can be any of these three amounts, whichever is the lowest:

Generally, if you’re planning to cancel any type of car finance deal, you’re given five options to do so. These options apply in both PCP and HP. However, keep in mind that they might have slight differences like the number of payments.

1. Speak to your finance company

Before considering any option, communicate with your finance company first. Any decision about your car finance agreement involves your finance company, so it’s a rule of thumb to coordinate with your lender, as soon as possible. Lenders encourage their clients to consult them early so that they can immediately develop a repayment plan that the client can afford.

Many companies avoid termination of the agreement, so they look into different options to get their money back. They may extend the length of the contract, so you’ll have to pay less monthly. In the end, whatever you’ve agreed upon with your lender, make sure that it’s confirmed and written.

2. Pay for a settlement figure and sell the car

In both PCP and HP, you can own the car upon paying the settlement amount and then sell it. Remember that you can’t outright sell the car unless you pay the settlement figure since the company still owns it.

However, if you’re in an HP agreement and you’re further in your contract, there’s a good chance that you have equity. With equity, you can sell the car before paying, as long as you have an agreement and have the extra amount you need.

3. Part-Exchange for a cheaper new car

Trade in your car to a dealer who’ll pay the settlement figure in your stead. Once you have the funds to settle your outstanding balance, buy the car from the finance company and give it to the dealer.

You can then purchase a cheaper car. You’ll have negative equity with PCP, so you’ll pay lower monthly payments but with extra fees. On the other hand, in HP, you’ll most likely have a surplus that you can use for the car’s deposit.

4. Use voluntary termination (VT) to end the agreement

However, if you’ve paid more than 50%, you won’t get any of the extra payments. Remember that even if it’s your legal right to use VT, there’s a high chance that companies will charge you for damage and excess mileage.

This is the last resort and isn’t encouraged by many lenders. This is only used during worst-case scenarios, such as having no possibility of repaying the lender. Voluntarily surrendering the car means you’re handing it back to the company and excluding it from your responsibilities, walking away, and making no further payments. This is similar to having the car repossessed.

Try avoiding this option because the lender can pursue you for outstanding debts and additional costs.

Can I cancel car finance with an outstanding balance less than the half of the total balance?

This applies to both PCP and HP. However, you can expect to have less difference with an HP deal since there’s no final payment. Overall, cancelling an agreement and paying that additional cost can be hard for people who still have a big additional fee to pay.

Can VT affect my credit score?

Voluntary termination can appear on your credit file, but it’s very unlikely to impact your credit score. VT is actually the best option if you can no longer keep up with your monthly payment. This will help you avoid damaging your credit score and get finance from other lenders in the future.

Can I Hand the Car Back to the Finance Company?
How Can I Cancel My Financed Car From the Contract?
How Do I Return a Car That I Can't Afford?
How to Voluntarily Terminate a Car Loan?
Can I Get Out of a Car Finance Agreement I Just Signed?